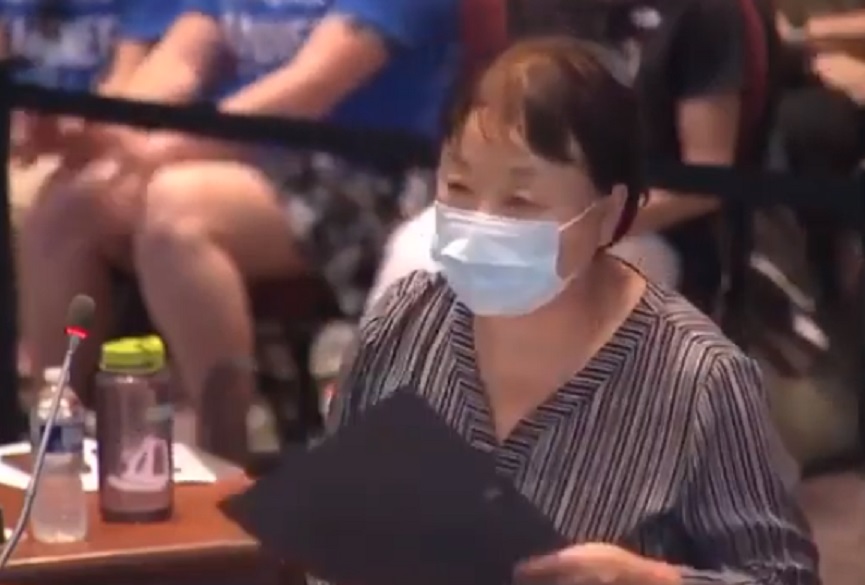 Surge Summary: A witness to Mao’s Communist Revolution warns Northern Virginia officials of things she saw during that time – some of which she is seeing unfold now in America.

It CAN Happen Here!

I’ve mentioned before that I have heard from a lot of “Americans-by-choice” – people who came to this country to escape tyranny – warning against the radical left.

They are modern day Paul Reveres, sounding the alarm that the enemies they fled in their native countries have reached our shores.  Of course, I don’t mean actual soldiers, but I do mean Marxist and anti-American enemy ideologies.

Earlier this week, Xi Van Fleet stood before the Loudon County School Board in northern Virginia, just outside our nation’s capital.  Xi warned the public that what she is seeing in America today is exactly what she witnessed during communist China’s Cultural Revolution.

Here’s what she told the left-wing board members:

“You are now teaching, training our children to be social justice warriors and to loathe our country and our history.  Growing up in Mao’s China, all this seems very familiar.  The communist regime used the same critical theory to divide people.  The only difference is they used class instead of race. . .

“We were taught to denounce our heritage, and Red Guards destroyed anything that is not communist. . . statues, books and anything else.  We were also encouraged to report on each other, just like the Student Equity Ambassador program and the bias reporting system.

“This is indeed the American version of the Chinese Cultural Revolution.  The critical race theory has its roots in cultural Marxism.  It should have no place in our school.”

Many Americans look at the oppression around the world, shake their heads and say, “Well, at least that could never happen here.”

My friends, it can happen here.  It is happening here.

This isn’t freedom!  It is totalitarianism!  And it must be resisted!

Please help us defend America from the Marxist left!

Stand with me now!