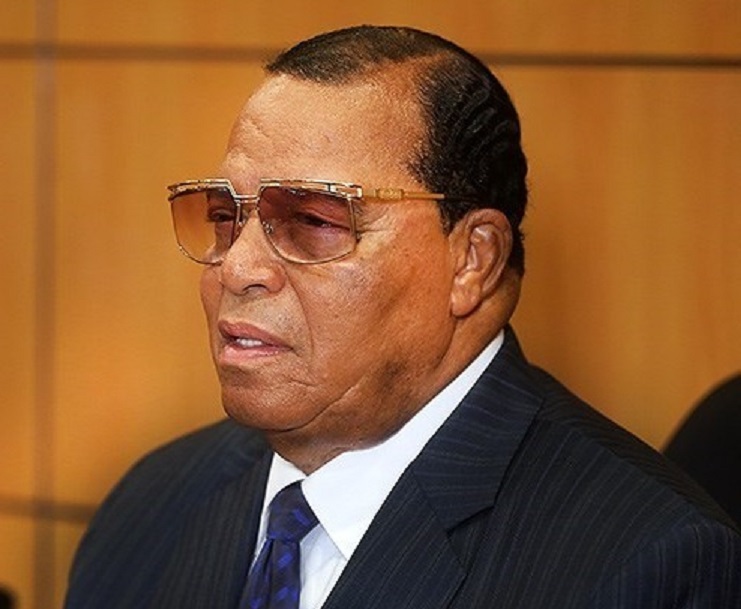 Surge Summary: Some of the most vocal proponents of “reparations” to African-Americans are pretty disreputable, even twisted, individuals. Hardly anyone seems to be talking about that fact.

The massive injustice done to Blacks during the days of slavery has been haunting America since that time, and it may get worse! Unfortunately, there are black opportunists (called “civil rights leaders” by the uninformed) who are using slavery to demand that all Blacks be awarded massive payments to “atone” for the slavery of more than 150 years ago!

This on-rushing bandwagon (full of explosives) may cause more racial strife than forced busing for school integration! Radical black leaders are demanding that U.S. taxpayers pay the descendants of slaves a suggested $1,000,000 each! And yes, I am serious, but it gets worse because those black leaders are serious.

The National Coalition of Blacks for Reparations in America (N’COBRA) was established in 1987 and is a gaggle of organizations and individuals organized for the sole purpose of hustling reparations for black descendants in the United States. In February of 2001, hundreds of people attended the Reparations Convention in Chicago, where “Brother Howshua” proposed that blacks receive free education, free medical care, free legal advice, and free financial aid. Additionally, there would be no taxes, and if they wish to emigrate to Africa, they would each receive a million dollars!

Of reparations, The Washington Post admitted, “The subject is scalding hot, untouchable as public policy. Even the brave run from it.” Yes, it is “scalding hot,” but no, I am not running from this illegal, immoral, and incredible shakedown. And, make no mistake, it is just that: a shakedown, a scam of significant proportions.

The reparations scam has been simmering for decades, and it is scalding hot now that Democrats are running things. Many Democrats are for reparations, but then most politicians, to get votes, would promise young, tender missionaries for Sunday dinner to any cannibals in their district. And with the chaos at the southern border, we may have a few cannibals—and they will vote Democrat.

Of course, informed people are dazed and dazzled by their pandering to the lowest common denominator, but few are deceived.

At the National Reparations Convention in Detroit, it was a Muslim love fest with traditional Muslims and Louis Farrakhan of the Nation of Islam. Their website says, “You can never be totally free, until Mother Africa is recognized and respected. Free the land!” I have no idea what that means. One Black said when he gets his reparation check, he is going back home to Africa. Well, that would be one positive use of confiscated funds.

At the Detroit meeting, I did not see one white face in the forum of maybe 300 people who want access to your checkbook. Every time N’COBRA was mentioned, the Nation of Islam was mentioned. When the offering was taken, the Muslim leader said, the money would go to the “N’COBRA national movement and the local Nation of Islam.”

Farrakhan agreed, declaring, “Our reparations must be complete and total.” In other words, open your wallets, Whitey. Or, more correctly, give me your checkbook after you sign all the checks. Farrakhan also ranted in one of the most racist diatribes I have ever heard, but no one in the media discussed it. Was it too hot?

Farrakhan was introduced as “one of the greatest leaders in history.” He calmly ranted about Blacks being the original humans until they were corrupted by Whitey. He then said Blacks were “the original man, the cream of the planet, and the absolute God of the Universe.” He declared, “Blacks are liars, thieves, homosexuals, lesbians, etc., because the white man made them that way…And reparations were not only about money.” He asked, “What will a white man’s n**ger do with money and no love for himself and his own people?”

Louis used n**ger three times, but I’ll be scolded for quoting it rightly. He said when Blacks reach a certain point of success, “there will be Whites and the system will block any further growth…We want equal justice under the law applied equally to all regardless of creed, class or color…We want a full and complete freedom….”

He did not blame Jewish people for sending the United States to “hell” as he did in another speech. Instead, he warned Jewish people, “when it’s God who puts you in the ovens, it’s forever.” He has also repeatedly described Jewish people as “satanic.”

Farrakhan has a history of making bigoted statements against white people, once declaring that “white people deserve to die, and they know, so they think it’s us coming to do it” at a Milwaukee event. He also described white people as “potential humans” who “haven’t evolved yet.” In addition, he has said that Hitler was a “great man” overlooking his whiteness.

Farrakhan lives very well off the backs of Blacks. So what’s new? Haven’t most black “leaders” (and some white leaders) done that for generations? Louis has a 77-acre country estate in addition to two posh Chicago homes. For sure, race-baiting pays big time.

The black hustler did not tell the Detroit audience if he is still followed by a monstrous spaceship wherever he goes to protect him from harm. Farrakhan did not tell them that he also saw Elvis, Amelia Earhart, and Jimmy Hoffa on the ship, but had he done so, the crowd would have believed him. After all, “God” cannot lie. Louis told the crowd that the “wheel” ship would one day destroy the white man and bring Blacks into power. He also assured the adoring crowd that 1500 smaller planes from the giant “wheel” follow him at all times.

Now you know why he is called “Screwy Louie.”

How can anyone take such a nut job seriously? Why does the media give him any credibility? It is a major scandal that any politician or any civilized person would consider him anything but a low-life exploiter of naïve, careless, and gullible Blacks. (And of naïve, irresponsible, and gullible media personalities.)

Dr. Maualana Karenga, the founder of Kwanzaa, was a leading promoter of the shakedown conference in Detroit. He said in a N’COBRA convention announcement, “400 years of terror…fear when awake and when asleep… fear being brutalized, fear of being raped… nonstop terror committed by this nation…the terror has not stopped…after 400 years of terror, there’s a debt to be paid.”

Karenga’s dishonest demagoguery was deplorable and dangerous, but his rap sheet is more damning.

His legal record is a good introduction to those who don’t know him. On September 17, 1971, Karenga, then known as Ron Karenga, was sentenced to one to ten years in the slammer on counts of felonious assault and false imprisonment. The charges stemmed from a May 9, 1970 incident in which Karenga and two others tortured two women. According to the Los Angeles Times, “Deborah Jones, who once was given the title of an African queen, said she and Gail Davis were whipped with an electrical cord and beaten with a karate baton after being ordered to remove their clothes. She testified that a hot soldering iron was placed in Miss Davis’ mouth.”

Please remember that this is the dude who developed the “African-American holiday” known as Kwanzaa that some Blacks have decided to celebrate instead of Christmas. However, it is not African and for sure not American.

At his trial, Ron Karenga’s sanity was in question, and a psychiatrist declared, “This man now represents a picture which can be considered both paranoid and schizophrenic with hallucinations and delusions, inappropriate affect, disorganization, and impaired contact with the environment.” The psychiatrist observed that Karenga talked to his blanket and imaginary persons and believed that he had been attacked by dive-bombers!

My three-year-old grandson also talked to his blanket, had imaginary friends, and believed he had been attacked by peg-legged, one-eyed Caribbean pirates. Still, he has not been offered a position at a major university, as was Karenga! An irresponsible judge sentenced Karenga to one to ten years in prison; he served four years. Then he went from being a prisoner to a professor at California State University at Long Beach when he became head of its Black Studies Department! I think he should still be in prison making license plates.

Black Lives Matter supports N’COBRA along with Screwy Louie Farrakhan and wacko Karenga, so that should tell you something about the group that wants your money as retribution for slavery they never experienced.

When shrimp learn to whistle Dixie in four-part harmony.

The post Crazy Stuff in the Name of ‘Reparations’ — and Nobody Seems to Notice, Care appeared first on DailySurge.