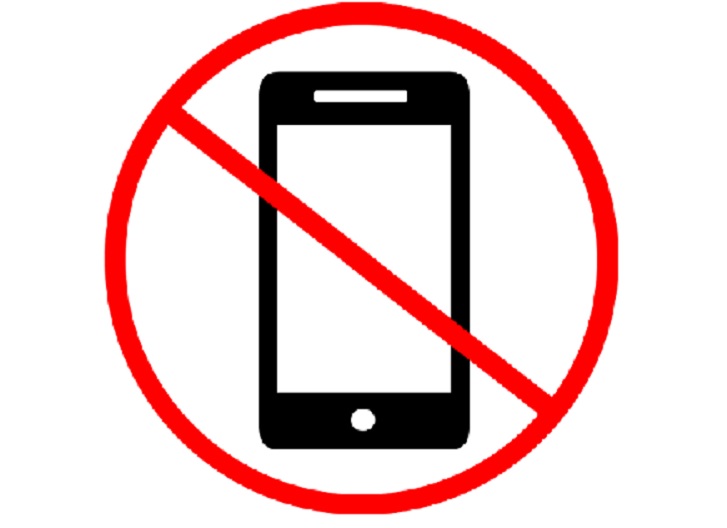 Surge Summary: In Pakistan, plans are afoot to shut off telephone service for those who refuse to be vaccinated. Is something along these lines coming to the United States? Would it be legal? Constitutional?

“Or what of my telephone? If they don’t like my lawful speech, which exposes their conspiratorial alliance (Isaiah 28:18) with the state having control over my life by now calling it “hate speech,” will they decide to shut my service off? Is that capitalism or tyranny?” -Written October 12, 2018

It all started with section 230, which was given to the big tech companies to ban pornography if it should appear on one of their social media platforms.

Pornography was illegal in this country all the way up until 1968, and according to God’s law and American law, it still is (1 Corinthians 6:9).

Today, we see that the big tech companies are now operating as a law unto themselves as our representatives remain silent while they illegally censor free speech and attack their political opposition (Revelation 12:10).

It was not too long ago when highlighting the crimes of these big tech companies when I had a business owner tell me that they can do what they want to because it is their platform, which is true up to a point. Yet, the problem that we are having is that these big tech companies are operating in a subversive manner to the U.S. Constitution which in fact, makes it illegal. Remember, liberty is the right to do what the law permits, according to Charles D. Montesquieu.

“Or what of my telephone? If they don’t like my lawful speech, which exposes their conspiratorial alliance (Isaiah 28:18) with the state having control over my life by now calling it “hate speech,” will they decide to shut my service off? Is that capitalism or tyranny?” Warned on October 12, 2018

Look at Twitter and the filth that they spew on a daily basis, busy trying to demoralize the people by advocating unlawful content and activity. Then, they sit back and shadow ban and censor other people’s content because it does not fall into the same filthy, reprobate state as their own (Jeremiah 6:30).

How telling! How Un-American and obviously illegal! They get away with it because the people think that they have a lawful stance to do so.

I can hear someone say that this is free market capitalism! After all, they can do what they want to do because it is their platform! Really? To use the law against the law by declaring that which is illegal is now somehow legal? By illegally monopolizing, banning, censoring and adhering to the same policies that are un-American and un-Constitutional, are they acting as free market capitalists? There is nothing free about it.

Still not convinced? What do you think of the banks that refuse to give credit to purchase guns or ammo to circumvent the Constitution and federal laws? “We the People” have the right to bear arms. Yet, banks are now saying we will no longer extend credit to those who have a God-given right to do so. This is dictatorial, totalitarian and tyrannical in every way.

What happens when the electric company no longer agrees with what I lawfully say? Are they are going to shut off my electricity and say that they did it lawfully?

Or what of my telephone? If they don’t like my lawful speech, which exposes their conspiratorial alliance (Isaiah 28:18) with the state having control over my life by now calling it “hate speech,” will they decide to shut my service off? Is that capitalism or tyranny?

It has been rightly said that those that mean to rule over you, mean to silence you. Is that what is happening, today? Of course, it is! All of it is being done under the guise of being done legally because big money tech companies and corrupt politicians have said so.

What happens if Americans let this continue in the direction that it is going?  I’ll show you.

Did you hear about what is happening now in Pakistan? Technocracy.news reported:

The Technocrat hand of tyrannical government is coming down on the “un-vaxxed” all around the world. Pakistan now has at least two programs in place; disabling sim cards in cellular phones for all citizens and refusing to pay government employees who refuse to take the vaccine. ⁃ TN Editor

The extreme decision was made during a meeting of high-ranking civil and military officials chaired by Punjab Health Minister Yasmin Rashid.

Rashid said that the policy would disable SIM cards belonging to those who fail to get vaccinated “beyond a certain time.”

“We are doing all we can to compel people to get vaccinated… The government cannot allow individuals, who do not want to get vaccinated, to risk lives of those who are already vaccinated,” the health minister told Pakistan’s Express Tribune. She said that the provincial government would devise a timeline for the policy’s implementation once it received formal approval from the National Command and Operation Center, which coordinates Pakistan’s national response to Covid-19.

Punjab’s Primary and Secondary Health Department announced the measure on Thursday in a tweet detailing the outcome of the meeting.

In conclusion: Since the beginning of this plandemic, we have seen the pill in the jam.

Image by Mashiro Momo from Pixabay

The post In Pakistan, Phones Shut Off for Unvaxxed — Coming to the U.S.? appeared first on DailySurge.