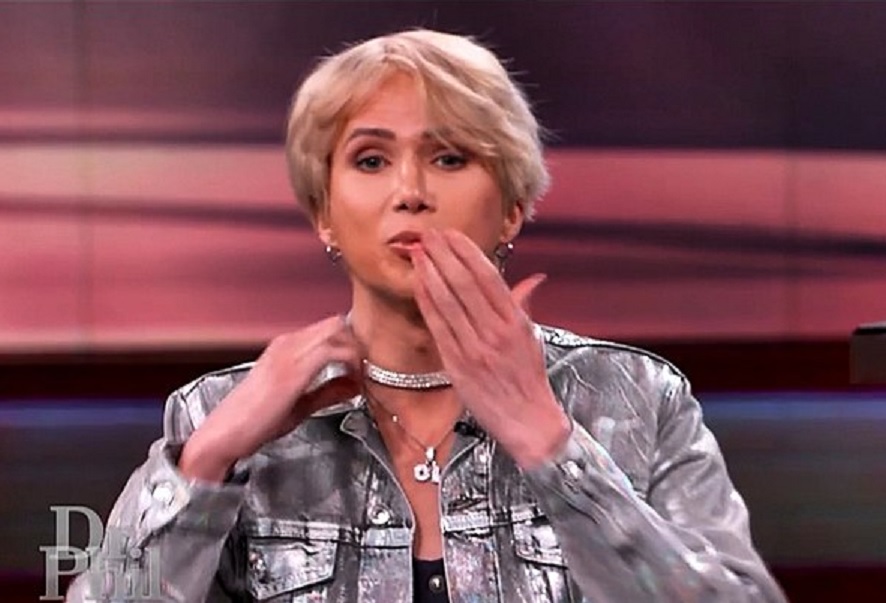 Surge Summary: If people can change their sex as so many claim, then why can’t an English fellow can change his race as recently reported? The latter is actually more fixed than the former, so what’s the problem? In fact, biological men and women are and remain distinct — no matter what gimmicks they try to alter that fact.

For all those who believe that a biological male can become a female (to the point of changing one’s birth certificate), I have an honest question. If you can change your sex, can you change your race?

But this is not an abstract, philosophical question. Not at all.

Rather, as reported in the Daily Caller, “A white, British social media influencer began identifying as ‘transracial’ after undergoing 18 surgeries to transition his race and gender, according to a series of videos.

“Oli London underwent 18 cosmetic surgeries to transition into a non-binary Korean and resemble Park Jimin from the K-pop band BTS, the influencer shared in a series of videos posted Monday. The transracial influencer has begun identifying as Korean and goes by the name ‘Jimin’ with they/them pronouns.”

As I have asked countless times before in different contexts, why not?

If something as fixed as biological sex (from our cells to our DNA to our “plumbing”) can be changed, then why can’t one’s race be changed? And who are we to tell someone that they are not who they really believe they are?

That’s why a 2017 study conducted by researchers in the Molecular Genetics Department of the Weizmann Institute discovered that of the 20,000 genes analyzed, “6,500 of them are expressed differently in men and women in at least one of the body’s tissues.” (For some tangible, measurable differences between males and females, see my February 5, 2021 article, “Newsflash to the ACLU: Boys are Different From Girls.”)

Of course, I do not believe that Oli London can become Korean any more than I can become a black Nigerian, although my heart goes out to him in the midst of his internal confusion.

And, quite obviously, I do not believe that Bruce “Caitlyn” Jenner is a woman or that Chastity “Chaz” Bono is a man. (My heart goes out to them as well, since they are certainly not living in the fullness that God intended for them.)

But I press these issues here simply to reiterate that, as much as we love people who identify as transgender and as much as we are sympathetic to the pain and rejection they have suffered, perception will never change reality.

That holds for people with Body Identity Integrity Disorder. (This is described as “a rare, infrequently studied and highly secretive condition in which there is a mismatch between the mental body image and the physical body. Subjects suffering from BIID have an intense desire to amputate a major limb or severe the spinal cord in order to become paralyzed.”)

And that holds for people who identify as Therian or Otherkin. (This is described as “people who identify, in some intrinsic way, as an animal that exists or has existed on earth. Some believe that their soul is that of an animal while others believe the cause of their animal identity is psychological.”)

You can even go as far as trying to change your appearance to identify as more animal than human, as some people have actually done. As reported in July 2019, “Bird lover and self-described ‘Parrotman’ Ted Richards had his face tattooed with feathers, cut off his ears and risked going blind by having his eyes colored with ink.”

As Richards said, “You know, it’s your body at the end of the day. You should be able to do whatever you want with it.”

For his part, he is quite pleased with his look and with the outcome of his surgeries. But he is no more a parrot than Oli London is a Korean. Those are the simple facts.

Unfortunately, as we come to the end of the ceaseless, LGBTQ+ propaganda assault that is now the norm during the month of June, we need to be reminded of these things, not to mock but to mourn.

And if you need some encouragement, take the time to watch the powerful stories and Scripture-based truths in this inspiring and award-winning documentary, In His Image. You’ll be glad you did.