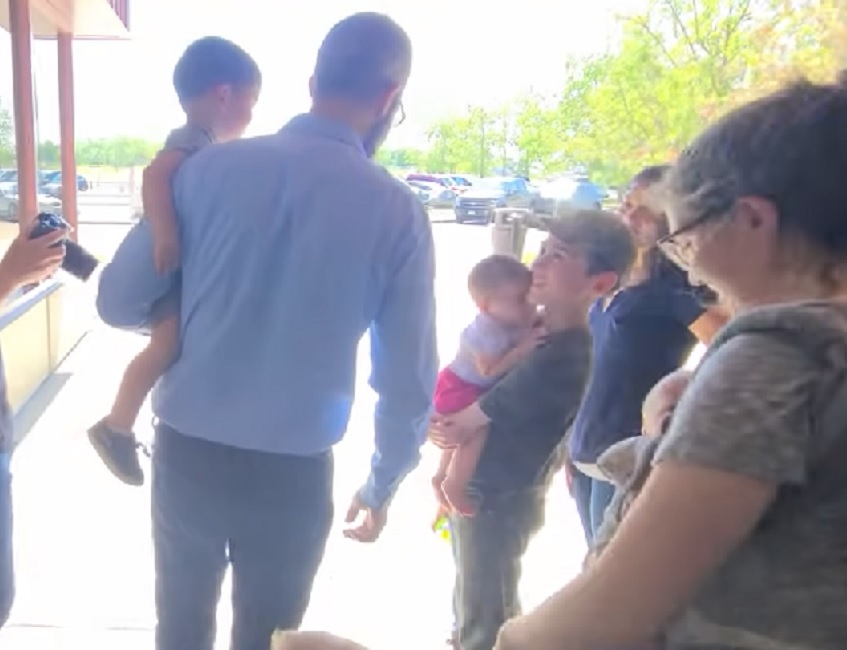 Surge Summary: A Canadian pastor arrested for holding outdoor church services during lockdown has been released. His response was principled, forceful, decent … and effective. A great example to follow nowadays.

Chalk one up for the forces of righteousness, good government … and non-hysteria.

“Tim Stephens, the latest Canadian pastor to be arrested in Calgary, Alberta, was released from jail Thursday after being arrested for leading outdoor church services.”

This cleric’s detention by officials of the western Canadian province represents an assault not only against bottom-line human rights — the Baptist leader’s religious liberty — but against the most updated science as well: Arrested for officiating an outdoor church assembly? Seriously? When it’s been pretty much established for months now that the likelihood of transmitting COVID-19 in an open-air setting is close to nil?

Where are the informed and principled grown-ups of “Stampede City” these days?

after police in a helicopter discovered where Stephens was holding worship services. Soon thereafter, law enforcement officers showed up at Stephens’ home and arrested him as his onlooking children cried.

Initially, Stephens was slated to remain behind bars at the Calgary Remand Centre until at least July 12, but plans changed when the court order under which the minister had been arrested was rescinded July 1.

This is, mind you, not the only time Alberta Health Services have gone after this fellow who they’ve apparently concluded is a flagrant, Bible-thumping menace to society (Stephens’ first arrest back in May was overturned on a technicality.)

I can’t help wondering if Calgary’s powers-that-be would have dispatched a tax payer-funded aircraft to ferret out the Good Reverend had he been rallying the multitudes to denounce “systemic racism” or honor “Pride” month. In 2021, I’m guessing to ask that question is to answer it …

Regarding this second springing from the calaboose, Stephens pointedly expressed gratitude for the Justice Centre for Constitutional Freedoms, which is representing him in this case.

Moreover, demonstrating the kind of exemplary, God-honoring attitude and perspective for which followers of Jesus ought to be known everywhere, the father-of-eight further emphasized, “[M]ost of all, I’m thankful for God. I’m thankful that He’s built His church, that He’s sustained our church at Fairview Baptist Church. I’m thankful that He strengthened me, my wife, and our family, and that, through this, people have come to know the saving love of the Lord Jesus Christ. People have been strengthened in this country and around the world, and so, for these many reasons, I’m thankful.”

Don’t mistake the dignity and graciousness modeled by Pastor Stephens to mean he refused to fight back against a grotesque injustice. In part, he emerged from jail Thursday because, like the Apostle Paul when that man of God’s Roman Citizenship rights were being disregarded (see: Acts 16 and 22), he didn’t supinely submit to this outrage. The Canadian clergyman pushed back legally, publicly — all the while maintaining an admirable level of decorum. Sure enough, he took an unabashed stand against malefic state abuse, but didn’t sacrifice his Christian witness along the way.

So Tim Stephens reaffirms: Yes, it’s possible to hit those twin targets — both resolution and honorableness — even in today’s fraught atmosphere; to be not just a warrior for what is right, but a respectable one at that. And as we see in this heartening denouement, that approach can also be effective in the most practical ways.

Pastor Stephens remains an inspiration. The City of Calgary? Until it issues a formal apology, a disgrace.

The post Lockdown-Defying Pastor Sprung from Pokey … Reminding Us All How It’s to Be Done appeared first on DailySurge.