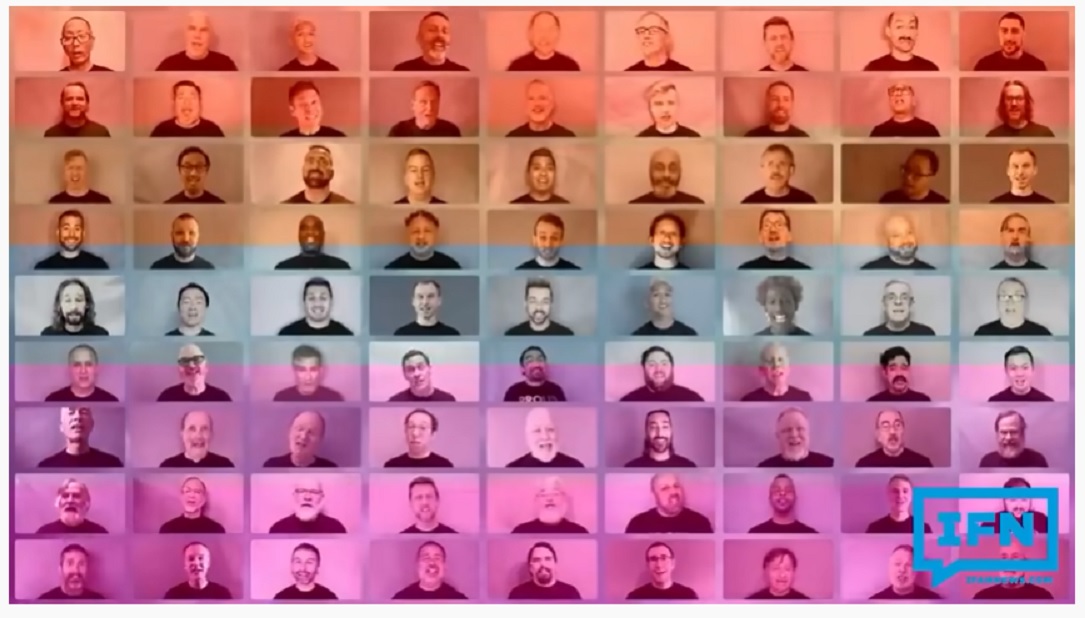 Surge Summary: Over the years, gay activists have made statements to the effect they want to “take” our children. They keep telling us they don’t really mean it. But is there a disturbing kernel of truth in all this “joking” and “satire”? Should concerned parents and responsible adults regard all these supposedly unserious threats with a dose of seriousness?

A recent video produced by the San Francisco Gay Men’s Chorus that proclaims, “We’re coming for your children” has produced outrage and anger. But should it be taken seriously, or is it just an example of some playful (but terribly misguided) fun?

According to the SFIST website, “The San Francisco Gay Men’s Chorus released a magnificently funny video last week, but a barrage of threats and doxxing has forced them to change their key.”

Specifically, “The ditty is called ‘A Message From the Gay Community,’ and it’s a clever victory anthem about the gradual normalization of gay culture among the youth of America (‘even grandma likes Rupaul / And the world’s getting kinder / Gen Z’s gayer than Grindr’). The wingnut furor has focused entirely on two lyrics — ‘We’ll convert your children’ and ‘We’re coming for your children’ — which the QAnon set assumes is an open declaration of sexually exploitating minors. But a full listen to the track (lyrics here) makes it clear to any reasonable listener that the choir is talking about winning hearts and minds by being funnier, more likable, and better dressed (‘Your children will care about / Fairness and justice for others / Your children will work to convert / All their sisters and brothers’).”

So, if you were offended or concerned by this video, you’re a QAnon wingnut. As far as SFIST is concerned, there’s nothing to worry about at all. The comprehensive gay indoctrination of your kids has nothing whatsoever to do with sex or sexuality. It’s just making them nicer!

Is that, then, what it’s all about? Just helping our kids love justice and fairness?

In 1987, Michael Swift published an article in the gay magazine GCN, titled “Gay Revolutionary.” It began with this line, which, unfortunately, was often left out of conservative publications that cited it: “This essay is an outré, madness, a tragic, cruel fantasy, an eruption of inner rage, on how the oppressed desperately dream of being the oppressor.” (For more background, and for the full article, see here.)

So, the article was not intended to be a public declaration of a nefarious homosexual agenda. Rather, it was intended to be outrageous and shocking and over the top, a mocking reflection of what rightwing conservatives feared from the evil gays. All that is clear from the opening line.

But was it in any way prophetic? Here are a few lines, not taken out of context at all:

“All laws banning homosexual activity will be revoked. Instead, legislation shall be passed which engenders love between men.” (Have you heard of the Obergefell decision of SCOTUS in 2015?)

“If you dare to cry faggot, fairy, queer, at us, we will stab you in your cowardly hearts and defile your dead, puny bodies.” (Obviously, this has not happened literally, but just think of the many penalties for “hate speech” in our society today.)

“We shall write poems of the love between men; we shall stage plays in which man openly caresses man; we shall make films about the love between heroic men which will replace the cheap, superficial, sentimental, insipid, juvenile, heterosexual infatuations presently dominating your cinema screens.” (How many gay love scenes appear on network and cable TV every week? And what about whole cable TV series like Queer as Folk or The L Word?)

“There will be no compromises. We are not middle-class weaklings. Highly intelligent, we are the natural aristocrats of the human race, and steely-minded aristocrats never settle for less. Those who oppose us will be exiled.” (Again, think of the cultural “exiling” of those who dare to oppose gay activism.)

“All churches who condemn us will be closed.” (Tell me that many gay activists would not love to see this very thing.)

As for references to our children, after the opening line, the article declared (again, as a sarcastic, outrageous statement), “We shall sodomize your sons, emblems of your feeble masculinity, of your shallow dreams and vulgar lies. We shall seduce them in your schools, in your dormitories, in your gymnasiums, in your locker rooms, in your sports arenas, in your seminaries, in your youth groups, in your movie theater bathrooms, in your army bunkhouses, in your truck stops, in your all male clubs, in your houses of Congress, wherever men are with men together. Your sons shall become our minions and do our bidding. They will be recast in our image. They will come to crave and adore us.”

Obviously, the great majority of gay men are not sexual predators coming to sodomize our sons, which brings us back to the San Francisco gay choir video. As I wrote in a recent article, “It was about 20 years ago that a conservative commentator stated that, because the homosexual movement could not grow by reproduction, it had to grow by seduction. Understandably, this incurred the ire of gay activists, as if their main agenda was the sexual seduction of others, including children.”

But, I continued, “What this conservative commentator should have said was: ‘The homosexual movement cannot grow by biological replication, so instead, it puts its emphasis on ideological indoctrination.’ That would remain true to this day.”

And with the ideological indoctrination, there will also be sexual initiation, even if among young peers, if not among older “mentors.” But of course!

That’s why I wrote back in 1993 that the gay agenda, as reflected in signs that one of my friends saw at a large gay pride march in Chicago, included, “We want to marry and we want your boys” – again, if not sexually, then by way of indoctrination.

For the rest of my response to this gay choir video, including my 2011 poem about the LGBTQ indoctrination in our children’s schools, watch here.

The post All in ‘Good Fun’? About that SFGMC Threat Toward America’s Children … appeared first on DailySurge.