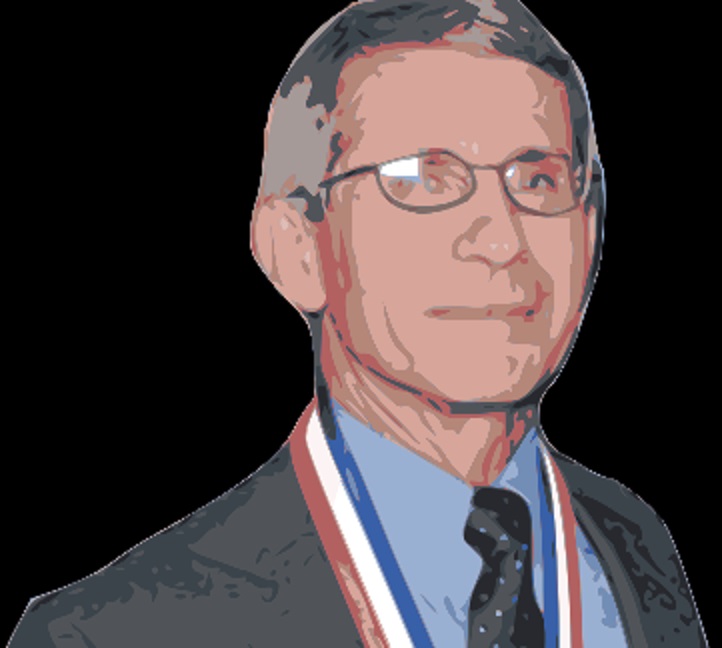 Surge Summary: Recent revelations about the involvement of the United States’ National Institute of Health’s in developing “gain of function” research reveals Dr. Anthony Fauci has been misleading the American people about matters related to the notorious Wuhan China lab (and its role in the possible creation of Covid-19). He needs to be removed from his position as NIH director … immediately. And prosecuted criminally.

After watching the exchange between an agitated, self-righteous Anthony Fauci and a calm, coherent Sen. Rand Paul asking intelligent questions about the nature of the research in Wuhan, China that Fauci’s agency was funding, two things became apparent.  Dr. Rand Paul (Ophthalmology) was not the ignorant rube that Dr. Fauci characterized him to be, and Fauci’s repeatedly vehement and strident self-exoneration smacked pungently of guilt, as Paul’s cogent questions clearly were landing close to a truth that America’s unelected epidemiology autocrat didn’t want exposed.

Paul’s assertion was that the NIH, of which Fauci is director, was funding ‘gain of function’ research in the Wuhan lab on viruses that only infect animals, meaning that they were engineered to be able to infect humans as well.  This species-jump capability is a naturally-occurring line of defense against extreme mutation of many very nasty viruses, and while ‘gain of function’ research is sometimes done as advance defense against potential outbreaks or transspecies infections, the other edge of that research sword is weaponization for biological warfare.

To clarify what type of research was being challenged by Paul and vigorously denied by Fauci, Dr. Richard Ebright, a molecular biologist from Rutgers University described the NIH-funded Wuhan research as ‘the creation of novel, chimeric SARS-related coronaviruses able to infect human cells and laboratory animals.  This is high-risk research that creates new, potential pandemic pathogens that exist ONLY in the lab, NOT in nature.  This research matches, indeed epitomizes the definition of ‘gain of function’ research, done entirely in Wuhan, for which there was supposed to be a federal pause.”  The language here seems pretty unambiguous.

Fauci repeatedly denied under oath that his agency was funding or supporting any such research, and rather than offer proof of his statements he resorted to ad hominem attacks on Sen. Paul’s understanding of virology research.  Yet, the Kentucky senator kept referring to written statements from the NIH itself which described the research they were funding, and to anyone with a reasonable command of the English language, Paul’s points seemed correct and rather damning.  He even offered Dr. Fauci the opportunity to retract his prior denial, reminding him that it is a crime to lie to Congress. Fauci dismissed the entire line of inquisition by loudly proclaiming his integrity with further denials of the assertions by Senator Paul, publicly called the Senator a liar to his face and punctuated his theatrical tirade with a vociferous “Case closed!”, slapping the report down on the desk and glaring back at Senator Paul in defiance.

The problem is, the case isn’t closed, and Fauci doesn’t get to determine that anyway.  This week, the NIH, in the person of Lawrence Tabak, admitted to exactly what Senator Paul was asserting; that not only did the NIH in fact fund ‘gain of function’ research on SARS-2 coronaviruses at the Wuhan lab, but did so in violation of an Obama-era ban on such research.  This admission is irrefutable proof from the very agency he oversees that Dr. Anthony Fauci’s denials of this are naked lies.  He directed the NIH grant funding to EcoHealth Alliance, which does extensive work with and at the Wuhan laboratory.

So, the case IS closed, but not the way Anthony Fauci trumpeted with all his ‘wounded dignity’.  He IS guilty of lying to Congress under oath, a felony, and he should bear the full consequences of his actions.  I’m talking immediate dismissal from his position, complete forfeiture of his government pensions and benefits (he has been a federal bureaucrat his entire life), and jail time and fines.  There HAS to be accountability for this level of contemptible conduct, especially with the possibility that research he funded may have been used as biological warfare by the Xi regime in China, which has made clear its intentions of global conquest and devaluation of individual humans.  There are four million reasons to prosecute Dr. Fauci…and climbing.