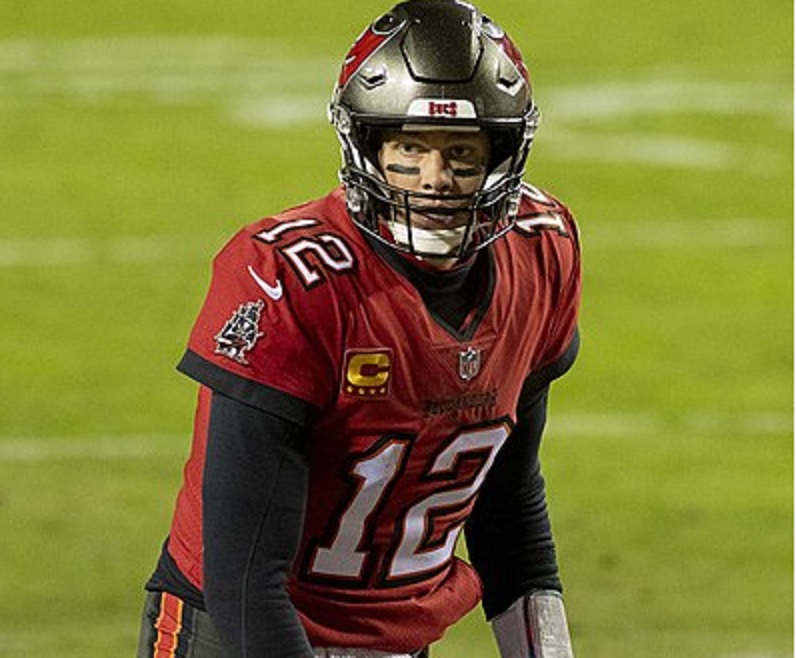 Surge Summary: It’s time for some “rude awakenings” among certain NFL franchises – so who will receive an unwelcome jolt of reality in this season’s week eight? Pigskin Pundit tells you whom he thinks is heading for a shake up …

Brutal week of truth for so many teams.  DaBears have so many holes to fill, including head coach.  The Chiefs can’t penetrate or protect a red zone.  Sam Darnold has been exposed as completely useless without Christian McCaffrey carrying him.  Rude awakenings are happening all over.  This week it’s a Halloween Horror week of terrible games, when we find out who is for real and who is in costume.  It takes a 44-yr old QB to provide a bright spot, as Tom Brady continued not only to rewrite the record book but copyright it as well.  Like so much of the league, I underperformed last week, coming in at 9-4.  Booo!  Here’s the picks.

Packers at Cardinals – You’ll not see a better TNF matchup than this one, anytime.  Two NFC juggernauts with superb QBs, potent receivers and decent defenses face off in the desert.  The game is likely to be decided by who’s NOT playing, namely Davonte Adams and Alan Lazard.  Rodgers has other targets, but they are going to get more attention in the absence of these two luminaries.  Valdez-Scantling is hopeful, but if he too isn’t ready and near 100%, Young Aaron will be getting his mandatory running in.  D-Hop will challenge the Packer backfield, as will AJ Green, fresh Ertz and Murray himself, always a threat.  In a clash of top teams, Phoenix heat melts the Cheese.

Bengals at Jets – Here’s the book on the Jets; all gas, no breaks.  By gas, I mean hot air. By breaks, they can’t get any, unless it’s their shiny new QB who breaks.  This team has underperformed, and like the Dolphins, seems to be slipping away.  Adding Joe ‘Flak Jacket’ Flacco is tantamount to waving the white flag.  Cincinnati is a powerhouse rapidly ascending to the top of the AFC, and Gang Green is just the next victim heading to the woodshed.  Tigers feast on the remains of the crashed Jets.

Titans at Colts – Divisional rumble with lots on the line.  Indy wants momentum to carry them back into the hunt, and Tennessee wants separation to solidify their lead.  Neither team is the same as when they met the first time, as the Titans have discovered some defense and Indy has found some offense.  King Henry is always a main factor, but the difference in this one is probably Tannehill’s receivers, who will get loose somewhere when it matters most.  In a tight grapple, Titans bite the candy apple.

Rams at Texans – Another slaughter that would make Freddy Kruger proud.  What metric do you need to analyze?  This is NOT a trap game for LA.  What’s nice about this season is we finally get to see how good Matthew Stafford really is…and so does he.  Cooper’s Cupp runneth over with catches and tds, as the Wrexans are DOA.

Steelers at Browns – Keenum made a Case for himself in relief of Baker last week, even without his two best ball luggers in the backfield.  While Cleveland isn’t the best air defense in the league, they probably won’t have to be with their furious pass rush haunting Has Ben’s pocket.  Pittsburgh may do okay slowing down the Brownies offense, but the Steelers aren’t likely to outscore Cleveland.  Round for round, the Browns put the Steelers down.

Eagles at Lions – The Lions are overripe for a home win, and this may be the one.  Not that Philly can’t beat them – they have the tools, but nobody is the clear fave in this one.  Give Detroit the home edge and grim determination to win one asap.  Lions defend their pride, even after Dan Campbell cried.

Niners at Bears – Never would have thought this would be a pick-em, but both teams suffer with mediocre defenses AND offenses this season.  Rookie Fields seems determined to make good on his name, since he’s already eaten more turf in his career than Secretariat.  As unimpressive as the Niners’ D has been this season, they should find enough thump to prevent Chicago from finding the end zone much.  Bears are the loser in this snoozer.

Panthers at Falcons – Let’s face it – this week’s slate of games is hard on the eyes, for the most part.  Here’s another one to miss.  The Panthers can play some stout defense against the pass and run.  Their offense on the other hand is non-existent, with no reliable QB and McCaffrey perpetually broken.  The Falcons light no one’s fire, but they can put some points up.  My feel this week is that Carolina’s defense is going to get gassed being on the field too much, and a seasoned passer like Ryan is going to exploit that in time.  Falcons gash the passless Panthers.

Dolphins at Bills – Easy peasy.  Miami could use this game as a challenge to rise above themselves and make a statement…but they won’t.  They’re broken, and Buffalo is likely to abuse them as a stat-padding game this week.  That 10-win season the Dolphins put together last year seems a very long time ago.  Bills put ‘paid’ to another win.

Patriots at Chargers – The Bolts boast a strong pass defense and Bosa’s pass pressure.  Look for the Pats to be run-heavy Sunday, relying on Mac Jones’ pinpoint passing as a compliment to the running game.  Ball control is the ticket in this game, as giving Herbert too much opportunity to find his potent receiver corps will result in playing from behind all afternoon.  New England is decent against the run, and not bad against the pass, but only one-man wrecking ball Matt Judon regularly gets pressure on the QB.  Won’t be enough on Sunday, as the Chargers generate enough high voltage to resurrect Frankenstein’s monster.  IT’S ALIVE!!

Jaguars at Seahawks – The league pundits like Seattle at home this week, or maybe I should say ‘this weak’.  Seattle is a shell.  I will take the Jags for several reasons; 1) they have nothing to lose, 2) they have a legitimate passer going against a horrible pass defense, 3) they have a legit ground pounder going against a meh run defense, 4) the Squawks don’t have a legitimate passer, 5) Seattle doesn’t have a good run game, and 6) all Pete Carroll’s fist-pumping and cheerleading is NOT a substitute for coaching.  The Squawks are ripe for plucking and roasting, home or not.  Jags feast on fallen fowl ferociously.

WFT at Broncos – Denver needs to decide who they are – or at least who they think they are.  They have yet to beat a team with a win, so for now they are just neighborhood bullies.  Teddy Bridgequarter has looked every bit the part of bridge quarterback, and Denver’s D has lost its ability to put fear into other teams.  Von Miller can’t do it all.  WFT comes to town underachieving also, especially on defense.  Heinicke’s heavy reliance on Terry McLaurin will make it easier for Denver’s D to key on shutting down DC’s offense.  Washies unable to stay aboard Broncos for eight seconds.  Ponies prance.

Buccaneers at Saints – A much-improved Jameis faces his old squad for the first time, as the Jolly Rogers of Tompa Bay sail into Nouveau Orleans with cannons blazing.  The Saints’ over-reliance on Alvin ‘Camaro’ Kamara in the running and passing game is likely to hurt them, as the Bucs still have a carnivorous defense, notwithstanding the last couple weeks.  Tom ‘Record Book’ Brady is at the top of his game, and has all his tools sharp and available.  Winston may find some opportunities downfield with the Bucs secondary dinged up, but this isn’t likely to provide enough points to offset Tampa’s production.  Bucs sail home with pirates’ booty.

Cowboys at Vikings – SNF gets a winner!  Dallas is rocking in every way these days, as Trevon Diggs out an INT per game, CeeDee Lamb silences opposing DBs, Dak is back in a big way, and Zeke has zip again.  The Purples are no joke either, with hot-handed receivers in Thielen and JJ, the ever-dangerous Dalvin Cooking from the backfield, and Captain Kirk hitting his marks cleanly this season.  There should be plenty of highlight plays in this one.  Cowboys shoot their way out of town in the Twin Cities.

Giants at Chiefs – So, the Giants surprised me last week by thumping a better Carolina team and getting Darnold benched.  Say what you will about Daniel Jones, but the kid’s got game.  As bad as the Chiefs are on defense (the term is ‘horrible’), they are highly unlikely to give up a home defeat to a team like this one.  Not a great matchup for MNF, but who knows, maybe NY will find a way to stymie KC the way they did to Carolina?  Doubt it.  Giants get the trick, while Chiefs savor the treat.