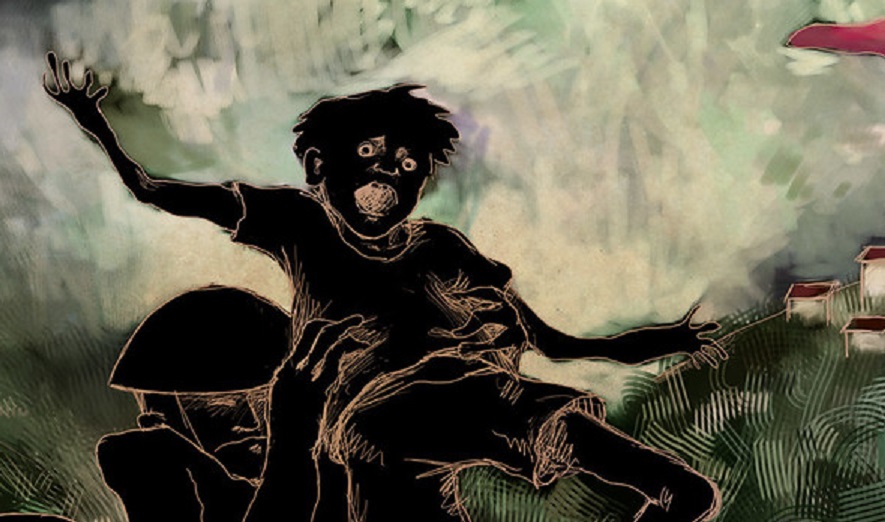 Surge Summary: A ghastly attack on responsible parents stemming from Loudon County, VA illustrates the warped priorities of many school officials and even federal authorities: LGBTQ agendas and Leftist power over student safety and support of families.

Girls need protective dads. So do boys. God designed fathers with the instinct to defend and stand in the gap for their children, and those who would mischaracterize or dishonor that motive are not to be trusted.

Loudoun County, Virginia is emerging as the American epicenter of official school corruption and deceit, and the facts become more disturbing the closer we look. And in a heated Virginia political climate, subterfuge is metastasizing day by day. Instead of guarding children and focusing on academics, this school district may be civilly, possibly criminally liable for putting left-wing agendas over student safety.

The National School Boards Association is now walking back its heinous “parents are domestic terrorists” letter that the White House helped them draft, a tool deployed by Merrick Garland to summon the FBI on parents if needed. And a now infamous incident in Loudoun County was one of the “threats of violence” cited by the NSBA in that letter.

The incident involved a dad standing up for his sexually-assaulted daughter. Is that a problem for the FBI? The White House?

Never get in the way of the “LGBTQ” agenda, is one big message. Except that, in God’s eyes, this agenda is straight from the bowels of hell. Those who desecrate children are being fitted for a millstone necklace and I don’t think God will delay that judgment for much longer.

Satan’s plans for our offspring don’t have room for protective parents and caretakers. Predators and their education allies deceive children, or discard children, or use them for adult purposes. Some eventually harbor an intense desire to defile the young (think: drag queen story hours, homosexual school clubs, explicit condom lessons).

And this doesn’t even account for the foolishness of mask mandates for children, which are scientifically unsupportable and certainly little more than a rallying device for the left’s power obsession and its determination to “mask” the real goal: keep parents in line and some teachers from freaking out over irrational fears.

It’s never about child safety with progressives but always about protecting themselves or advancing an ungodly cause.

The Smith family in Virginia has been victimized repeatedly in recent months, and thank God they are now suing the Loudoun County school district. Their travail shows the lengths to which corrupted school officials will go— backstopped by the Department of Justice –- to make sure anti-science gender deviance and unjust reverse racism become normalized, while common sense and decency are flushed away like toilet paper.

Let’s trace the wicked road of injustice inflicted on the Smith family. Video of the incident where Scott Smith was hauled away in handcuffs from a June 22 school board meeting went viral, and has been subsequently reexamined in light of the underlying issue: his distress over the school cover-up after his daughter was sexually assaulted by a gender-bending boy in the girls’ restroom last May.

Smith was questioned by police, charged with disorderly conduct, then released. He’s been subjected to vicious online bullying. At the time of the assault, he had to press school officials to call police and get a rape assessment for his daughter and then the superintendent’s denial on June 22 of any school assaults of this type (while an internal email shows that the superintendent did indeed have knowledge of the attack) apparently put this dad in agitation mode as he approached the podium. He was also verbally harassed by a rainbow-clad activist who referred to his daughter’s assault.

Scott’s daughter was raped in May. The boy in question showed up at another Loudoun County high school this fall, where he assaulted another girl.

Loudoun County Schools were considering a sweeping pro-“transgender” policy, bringing the large crowd of both proponents and opponents to the June meeting. That policy passed in August. The district dismissed Tanner Cross, an elementary teacher, earlier this year after he declined to use non-biological pronouns for students, saying it violated his Christian beliefs. A court sided with him that his rights had been violated and ordered him to be reinstated.

So the National School Boards Association’s now infamous letter to the Biden Administration (which the White House, it has been since learned, coached them through) alleging increasing “threats” to school board members, was used by Merrick Garland to alert the FBI that perhaps parents were domestic terrorists, or whatever new category of conservative menace progressives are inventing this week.

The NSBA has now apologized for that letter, just in time for the contentious Virginia governor’s race as well as many local school board races, and perhaps they are sincere. The NSBA executives who drafted the letter and started this ball rolling may well have been acting without authorization. That organization is fracturing, and some state groups have disaffiliated, including Ohio. There are still school board members who have a conscience and don’t consider parents to be enemies

But the original NSBA letter cited examples of these so-called parent threats, and one of them was the Scott Smith incident at the Loudoun County School Board meeting on June 22.

Here’s the letter and citation #13 is on page four.

So let’s understand. Dads who should be applauded by the #MeToo movement for being justifiably outraged over a girl’s violation, are now Enemy #1 of the highest law enforcement agency of the United States, currently an arm of the Democratic Party.

Are progressives insane? Feminists should be cheering on parents like this.

Instead, Scott Smith was unjustly hauled away in handcuffs. His disgraceful treatment is analogous to what’s happening to America under leftist tyranny.

God’s beautiful gift of innocence and goodness, the blessing of new life in our children, is being systematically corrupted and destroyed, while the truth is put in chains.

May God help us. And parents, it’s still up to you to turn this around. Don’t give up.

This article also appeared in a slightly edited version at American Thinker.