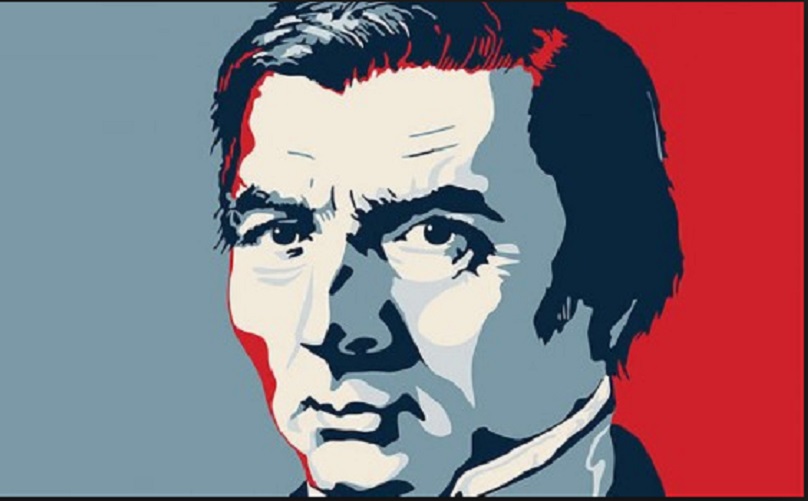 Surge Summary: Long ago, a French legislator warned about what Americans are experiencing today: the government transformed into an instrument for plundering the earnings and properties of some citizens for the benefit of others.

Remember when Democrats proposed in their multi-trillion spendathon that the IRS would track all transactions of $600 or more in personal bank accounts?

Well, they took a licking from the public, so they upped it to a still-absurd $10,000 in total yearly transactions.

This means they want the IRS prowling into bank accounts of everyone who has either deposits or withdrawals over an entire year totaling $10,000 or more, excluding wage income. This would affect most people above the age of 12 who have bank accounts and pay their bills. And even some under 12 who have lucrative paper routes.

But, not to worry. The Washington Post assures us in an editorial that, “These amendments underscore that the plan is not meant to target ordinary workers.”

Right. They’re just going after all those billionaires that have $10,000 or more in yearly outflows or inflows. No one else. Remember, this is the paper that knew full well that the Russian collusion story was a Clinton hoax and yet pushed it for years to take down President Trump. They still repeat the lie that the January 6 Capitol riot was an “armed insurrection” aimed at “destroying democracy.”

“As for taxpayers,” the Post adds in its endorsement of the Democrat scheme, “the only ones who have anything to fear are those who cheat.”

Funny, that’s pretty much how the Chinese Communist Party explains their “social credit” system to their hapless populace.

There is a gigantic gap in worldview about government’s proper reach. Most Americans think we should keep the lion’s share of our earnings, even with Social Security and Medicare taking their chunk, since we earned it. Few argue we should pay no taxes at all.

Jesus said to render unto Caesar what is Caesar’s and to God what is God’s. Liberals misinterpret this as a blank check for Caesar. But it’s quite the opposite. Caesar is entitled only to a share of our material earnings, and his portion is not specified. However, God is interested in not only money but in everything that shapes heart and soul – our whole being, in fact. Caesar has no say in that, or at least shouldn’t. If he takes vast sums, we are reduced to serfdom. When he takes it all, we are literally slaves.

As long as we’re pondering the latest Democrat scheme to raise taxes, we might want to consider what is fair.

I’d limit income tax to a 9 percent flat rate, given that even Almighty God only asks us to tithe a minimum of 10 percent. Any government that demands more than God is too big and powerful. If this amount is not enough to fund the state, it needs major trimming, not more taxing and spending.

That goes for other schemes such as state lotteries. They not only fleece the poor but facilitate wasteful governments refusing to live within their own means. Their only virtue is that no one is forced to buy a lottery ticket. That might come later if they get away with these unconstitutional COVID and transgender mandates.

Back to the worldview gap. Leftists deep down believe that all our earnings, like our children, belong to the government. In its beneficence, government gives some back, often with strings, instead of taking every dime. As for children, well, Virginia Democrat gubernatorial candidate Terry McAuliffe spoke for many on the Left when he said government schools, not parents, are in charge.

This is socialism, the ruin of every nation that has embraced it. If you think that is too strong a term, why is Bernie Sanders, a three-house-owning Marxist, driving Congress’s legislative process right now?

Bernie cut his teeth on Soviet economics, and even honeymooned in his ideological nirvana, the Soviet Union, during the Cold War. Their core premise is the same as that championed by today’s Democrat Party: confiscatory forced redistribution of income. This concept is so at odds with people’s natural urge to provide for one’s own that it requires force, and lots of it.

Confronting the socialists of his day, French legislator Frederic Bastiat penned a timeless pamphlet called “The Law” in 1850. The proper role of law, he wrote, was to secure liberty, which includes the protection of property and other rights that transcend law itself. These sentiments were encapsulated earlier in America’s Declaration of Independence, which lists “unalienable rights” granted by the Creator, including “life, liberty and the pursuit of happiness.”

When government goes beyond securing these rights and begins social engineering through redistribution, it quickly creates interest groups. They believe they are entitled to others’ earnings and that government exists to acquire it for them. Tax collections are backed by a threat of imprisonment since they are not merely suggestions. Bastiat called this shakedown a collective form of “plunder.”

The question of how much the government can take by force is about much more than money.

“It is impossible to introduce into society a greater change and a greater evil than this: the conversion of the law into an instrument of plunder,” Bastiat wrote. “When law and morality contradict each other, the citizen has the cruel alternative of either losing his moral sense or losing his respect for the law.”

That’s something to consider when we see tax-supported government insisting that we pay for abortions or when we are told that to keep our jobs, we must lie and say that a man insisting he is a woman is actually a woman. Or when the government teaches small children that all forms of sexual behavior are equally beneficial and that no family structure is natural or particularly advantageous. Or that all white people are intrinsically evil and all black people re victims.

“Too many persons place themselves above mankind; they make a career of organizing it, patronizing it, and ruling it.”

Remind you of anyone?

The post We Were Warned Long Ago:  Beware Government Which Plunders Its People appeared first on DailySurge.