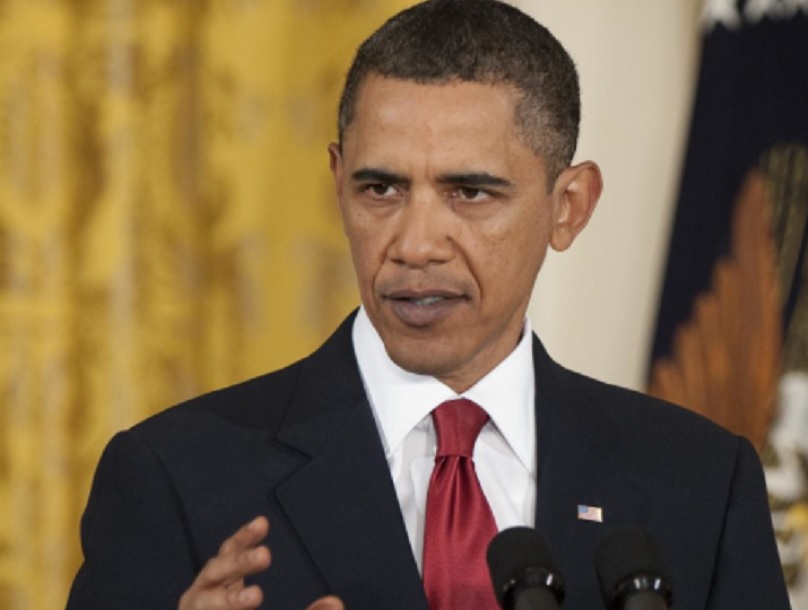 Former President Obama made a terrible mistake when he said earlier [last] week in Virginia, “We don’t have time to be wasted on these phony trumped-up culture wars, this fake outrage, the right-wing media’s pedals to juice their ratings.”

Mr. Obama, the culture wars are anything but trumped-up, the outrage is quite real, and this is hardly a right-wing publicity stunt to generate ratings. Quite the contrary.

The people of Virginia – more specifically, the parents of Virginia – and the nation are saying enough is enough. You do not mess with their children.

In his speech on behalf of gubernatorial candidate Terry McAuliffe, Obama said, “Instead of stoking anger aimed at school boards and administrators, who are just trying to keep our kids safe… we should be making it easier for teachers and schools to give our kids the world-class education they deserve, and to do so safely while they are in the classroom.”

Mr. Obama, was the Loudoun County, VA school board “just trying to keep [the] kids safe” when they hid the fact that a girl had been raped in the girls room by a boy wearing a dress?

And was it their zeal to keep the kids safe that moved them to allow males to use the girls’ bathroom based solely on the boys’ preference? Really?

Mr. Obama, while I differed deeply with many of your policies and found your leadership to be very divisive, there is one thing I never questioned: your devotion to your family. It was clear that you loved your wife and your daughters. And it was clear you were very protective of the girls you and the first lady were raising.

How is it, then, that you can brand the outrage of the father of a raped daughter “fake” – especially when the school board lied to his face and when other parents attending did not believe his story. How could you do that, sir?

In the words of one frustrated Virginia father, “That is the most tone-deaf statement I have ever heard. First and foremost, everything that has come up with the cover-up in Loudoun County has to do with a sexual assault on girls. To say that this is trumped-up as a political thing is laughable.”

And it’s not just the parents who are fed up. Students are saying enough is enough as well. Is their outrage fake as well?

As reported by the Daily Wire, “Students in Loudoun County, Virginia, walked out of school on Tuesday to protest how the public school system handled multiple recent sexual assaults accusations in support of the accusers.”

The cat is now out of the bag, as the boy accused of rape has now been convicted. And make no mistake about it: this rape was made possible – or at the least, made much easier – by the very culture wars that you, Mr. Obama, downplay and deny.

Will you look this girl in the eyes and tell her she’s getting all worked up over nothing? That’s it no big deal for a guy to have access to the expected privacy of a girls’ bathroom? That her dad should not be so upset when her rape is categorically denied in public?

A confidential email from Scott Ziegler, the superintendent for Loudoun County Public Schools, dating to May 28, 2021 and addressed to the school board, said this: “The purpose of this email is to provide you with information regarding an incident that occurred at Stone Bridge HS. This afternoon a female student alleged that a male student sexually assaulted her in the restroom.”

Yet when questioned about this at a school board meeting on June 22 by Scott Smith, the girl’s father, Ziegler responded that, to his knowledge “we don’t have any record of assaults occurring in our restrooms.”

What? No record? Mr. Ziegler, barely three weeks earlier, you emailed the board about the very incident in question. How could you say this?

No wonder Smith went apoplectic and had to be dragged out of the meeting (although, to be sure, he acknowledges that he got out of control).

And yet, in today’s upside-down America, rather than our federal government focusing on the unsafe environment being created by these radical leftist policies, the focus was put on the parents. Call in the FBI! Investigate them as domestic terrorists!  (For more on this, see my article, “When Parents Became the Enemy.”)

For good reason the Babylon Bee, the popular Christian satire website, let the sarcasm fly, writing: “‘You should be ashamed of yourself young lady,’ said the first black, foreign-born US President while winking at a fawning journalist. ‘Instead of stoking anger aimed at school boards and administrators, you should be making it easier for teachers and schools to give kids the world-class indoctrination they deserve.’

“The victim of egregious sexual assault was saddened to realize her actions of being raped by a skirt-wearing male student in a gender-fluid bathroom caused so much pain and inconvenience for school administrators, school boards, and politicians.”

Over on the PJ Media site, Stephen Kruiser reported that the school boards of Ohio and Missouri have withdrawn from the National School Boards Association. The parents are pushing back, and Kruiser is right to suggest that it is not just Republican parents who are upset. Or is it only Republican parents who take issue with Terry McAuliffe’s statement that, “I don’t think parents should be telling schools what they should teach”?

For many years now, I have been saying that the left will overplay its hand, resulting in a cultural pushback. Be assured that the pushback is very real – not trumped up, not fake, and not the creation of rightwing news. Let the parents lead the way!