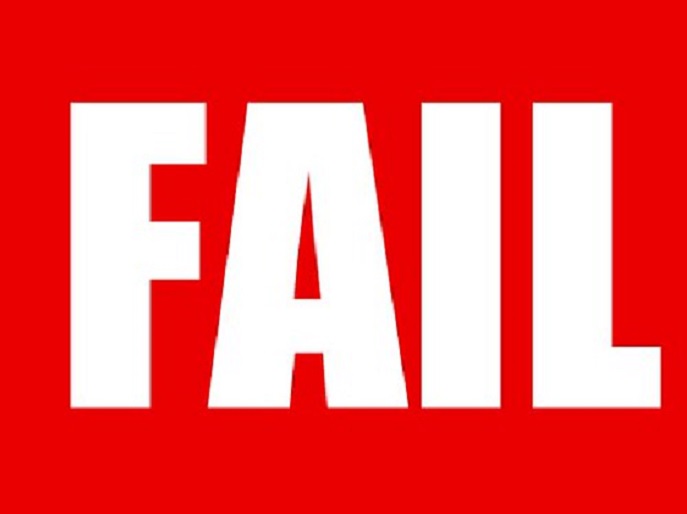 Surge Summary: The newest socialist moves in American policy could have been expected to fail, make things worse. But they have outdone themselves in awfulness – even more quickly than expected.

The failures of Socialism took a lot less time than I thought. Sadly, we’re already there. Today, fewer people are working. Store shelves show fewer items at higher prices. Inflation is up while real wages are down. Those are the classic signs of socialism. Despite what your college professor told you, socialism means you need government permission to buy and sell. You need government permission to speak. Socialism means you need to please a politician rather than pleasing your customers or yourself. Today, people are less optimistic about their future as the government’s lies become more frequent and more obvious. Here are a few of the examples I’ve seen, but I suspect you have examples of your own.

Politicians keep telling us that they are spending our money on things we really need and can’t easily get for ourselves. That often means we taxes to pay for police and public utilities.

In Deep Blue city after Deep Blue city, the mayors and city councils defunded the police. Rather than give us our taxes back, these politicians spent the money they took from the police budget and spent it on “community organizers” who would prevent crime. Instead of giving us lower crime, we saw criminal activity surge upward with homicide increasing by 30 to 100 percent in many Democrat controlled cities. Rather than give us our tax money back, these politicians spent our tax money on 24-7-365 personal security teams for themselves and their families. In Chicago, the police expanded a station close to Mayor Lori Lightfoot’s house that has been dubbed “Fort Lorrie”. Rioters can loot Chicago’s magic mile, but you can’t protest in Mayor Lightfoot’s neighborhood.

There is nothing so urgent as a politician with a special interest to pay off. In Dixmoor, Illinois, the ancient city water system breaks on a regular basis. The taxes that were supposed to pay for a new water system are long spent on other projects. The old and rusted water system breaks time after time, and only the excuses are new.

I thought it would take longer for political corruption to make cities unlivable, but Illinois has a head start on the rest of the US when it comes go government corruption.

California decriminalized the sales of marijuana. Then, the Socialist politicians licensed and regulated the dispensaries. Rather than being set by supply and demand, the price of marijuana is set by the state at $280 per ounce. There is also a 8.5 percent state sales tax, a 10 percent business tax, and local sales taxes to pay. Many cannabis users found it simpler to buy from unlicensed, and often gang related drug sellers. I didn’t think it was possible, but California’s Socialist politicians managed to make it easier to deal with drug gangs than deal with a business trying to operate legally in California.

I thought it would take longer for the legal drug market to collapse, but I underestimated the Socialist politicians in California.

California ports unload a lot of goods shipped from China. California politicians wanted a larger cut of that traffic. California politicians required that trucks must be relatively new to legally haul freight from the ports. They also said that all diesel trucks will soon be outlawed in favor of electric vehicles. Truck drivers must also be unionized. The response was entirely predictable.

Truck drivers stayed home. Trucking firms quit investing in new equipment that would soon become illegal to operate in California. The longshoremen’s union held the ports hostage since they had a monopoly on west coast ports. Some ports report over a half-million containers waiting to move as the ports operate below capacity.

Rather than voting for regulations that benefit the public interest, these politicians voted for the regulations that got them the largest campaign contributions from entrenched unions. That is how socialism works. Fortunately we’ve seen container ships divert to ports on the Gulf of Mexico so they could unload in Texas and Florida, but there is a good chance that shelves will be understocked for Christmas. The few good that make it onto the shelves will sell for higher prices.

Socialism always ends in empty shelves and worthless money, but I thought it would take longer to wreck the US economy. Unfortunately, the assault on our freedom doesn’t stop there.

President Biden appointed Merrick Garland as US Attorney General. We were once told that Garland was a moderate when President Obama nominated him to the US Supreme Court. Now, we see another side of Attorney General Garland. Garland told the FBI to investigate parents who protested critical race theory being taught in their schools. When we strip away the obfuscations, these parents are guilty of wrong think and must be punished so that other parents are intimidated to fall in line. The liberals who once championed free speech are now attacking anyone who dares to speak out. So much for the myth of speaking truth to power. I hope that these parents are successful and that the FBI is recorded and embarrassed.

Sadly, the US news media will continue to excuse these government failures. Fortunately, we have eyes of our own. What have you seen?
~_~_