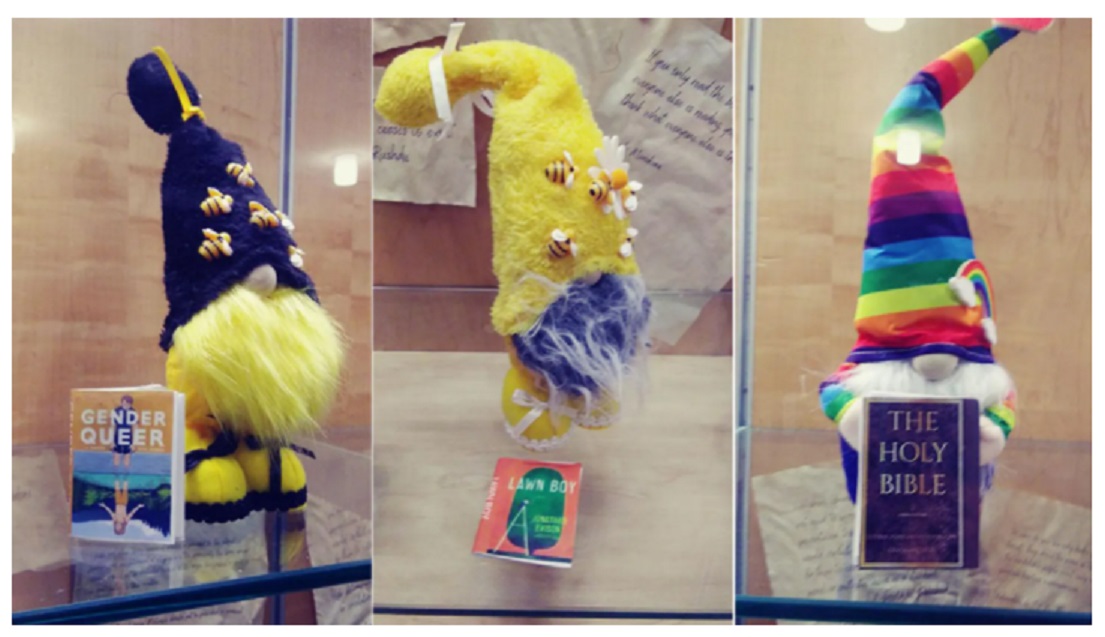 The window display included elves, a Bible, and two works of homosexual pornography: Lawn Boy, with a character recalling his sexual experiences with a man when he was 10 years old, and Gender Queer: A Memoir, which includes photos of sexual acts between a man and a boy.

The display was removed following an outcry.

Morse remarked: “The kicker was when the library director said, ‘It was not the intention of the staff to create a display that could be construed as offensive.’”

“Come again?” Morse said. “The library staff didn’t know that anyone could be offended by displaying homoerotic books along with the Bible? To call this disingenuous would be the understatement of the year.”

Morse continued: “Obviously this was a way for the staff to thumb its nose at those who object to corrupting children. Making these same books available in the county’s public schools caused an uproar earlier this year. Despite parents protesting at school board meetings, in this case, the books were not removed.”

Morse explained: “It’s as if the staff was saying to families, ‘So, you find pedophilia objectional, do you? Well, we’re going to rub your noses in it.’ That they later thought better of the tactic doesn’t alter this reality.”

“The Sexual Revolution is relentless in pushing its values at every opportunity, in schools, libraries and media. The Virginia governor’s race, based in part on public reaction to this arrogant elitism, obviously hasn’t made a dent in this thinking.”

Morse concluded: “Kudos to the parents who raised their voices in protest over the ‘holiday display.’ The skirmish has been won. The war continues.”